"Ana Peixoto, PhD student at the ATLAS group in LIP-Minho, was one of the winners of the ATLAS PhD Grant" 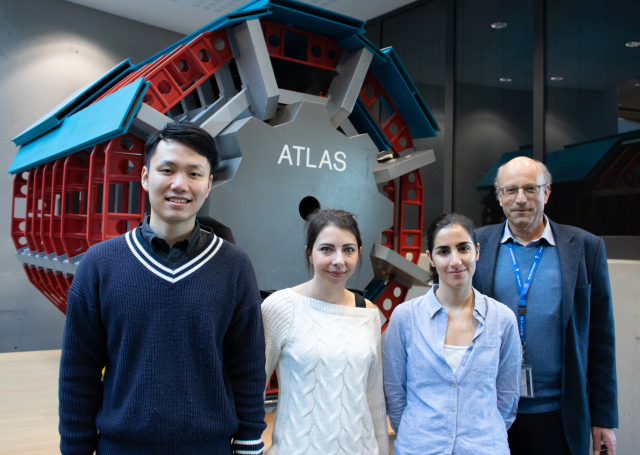 Every year, the ATLAS Collaboration awards the ATLAS PhD grant to three PhD students. This year, among the winners is Ana Peixoto, PhD student at LIP-Minho and the University of Minho under the MAP-Fis Doctoral Program (a partnership between the universities of Minho, Porto and Aveiro). The names of the three winners were announced during ATLAS Week at a ceremony at the CERN Globe of Science and Innovation.

Ana Peixoto is doing her PhD work at LIP-Minho, as member of the Portuguese group that participates in the ATLAS Collaboration. The theme of her thesis is the search for new phenomena associated to the top quark, namely the production of tZ events through flavour changing neutral currents. This research is done using the ATLAS data. As part of her thesis, Ana also studies the performance of the triggers dedicated to the ATLAS forward detector (AFP).

The goal of ATLAS PhD Grants is to stimulate some of the most talented and motivated young people who are doing PhD in the realm of the ATLAS collaboration. The award will finance two years of the PhD of these students, one at CERN and the other at the institution of origin. The prize was born in 2013 when Fabiola Gianotti and Peter Jenni, at the time coordinators of the ATLAS experiment, donated for this purpose part of the Fundamental Physics Special Breakthrough Prize that was attributed to them for the leadership role in the discovery of the Higgs boson.

The ATLAS collaboration, which has built and operates one of the two largest experiments at the LHC, has more than 3000 collaborators from 38 countries, including many hundreds of PhD students.

The news in DN

A few pictures from the official award ceremony: 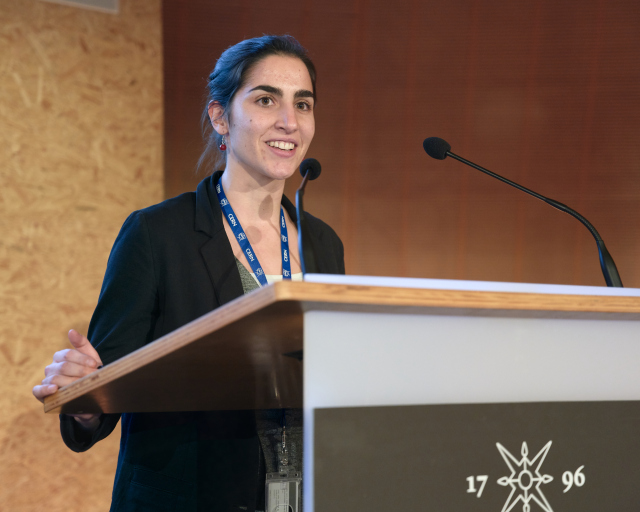 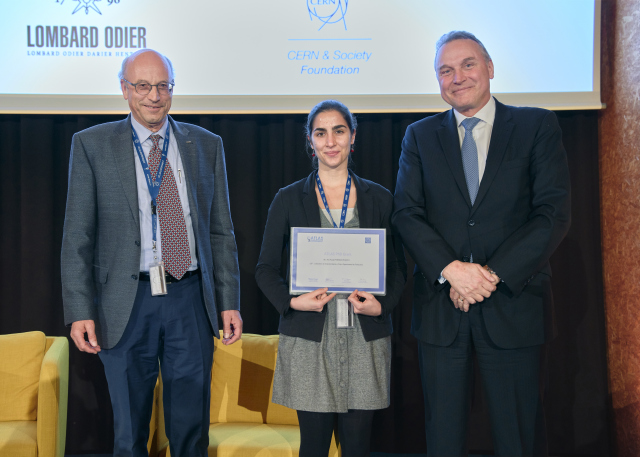 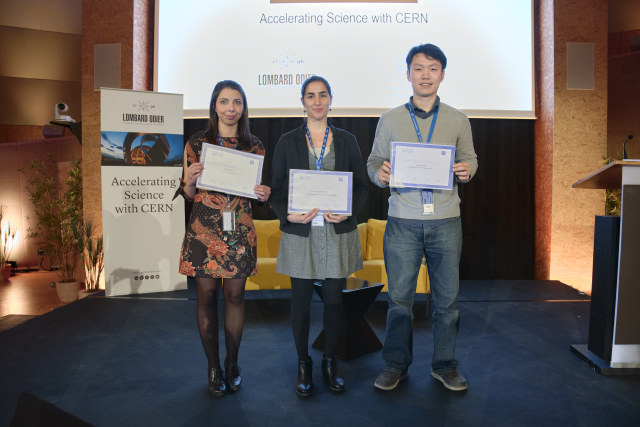 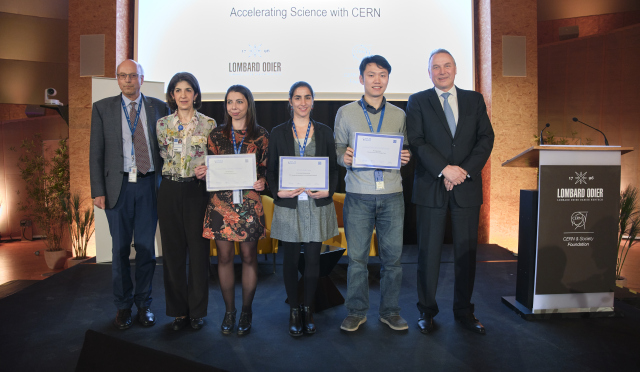