"The LouMu muon telescope was transported from LIP-Coimbra, where it was built and tested, to the Lousal mine. It is already collecting data."

Detecting the muons that pass through a given structure (for example, a building or a mountain) allows us to get information about its interior, mapping the density variations. This is the muonic tomography technique. Muons are particles that are constantly arriving at Earth and can go through considerable ammounts of matter.

The detectors used in muonic tomography have the ability to reconstruct the direction of arrival of the detected muons - we call them muon telescopes. The LouMu muon telescope is made up of resistive plate chambers (RPCs): detectors containing a gas that is ionized by the passage of electrically charged particles and allow us to know precisely the point of passage of each muon.

The LouMu muon telescope has been muographing the Physics Department of the University of Coimbra since November. On April 26, it was transported from Coimbra to Mina de Ciência, Centro de Ciência Viva do Lousal, and installed in Paiol 4 of the former Waldemar mining gallery.

A small prototype, the MiniMu, was installed in this place until now. It was necessary to review the supply system that had been assembled for MiniMu, in order to guarantee the collection of the gas used by the RPCs.

On May 6, the installation of the telescope was completed and it immediately started taking data. In parallel, colleagues from the Institute of Earth Sciences of the University of Évora are doing geophysical prospection with other methods. The first challenge in Lousal will be to independently identify a geological fault that runs through the Waldemar gallery.

In the photos we see the telescope leaving Coimbra, arriving in Lousal, entering the gallery and already in the warehouse. 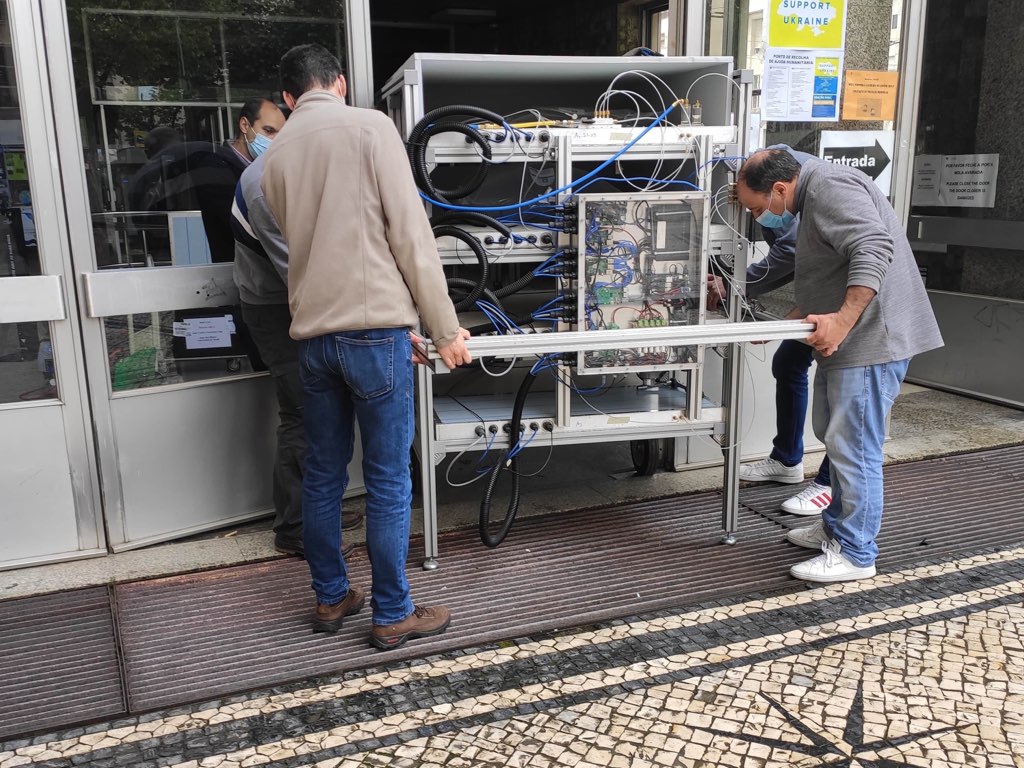 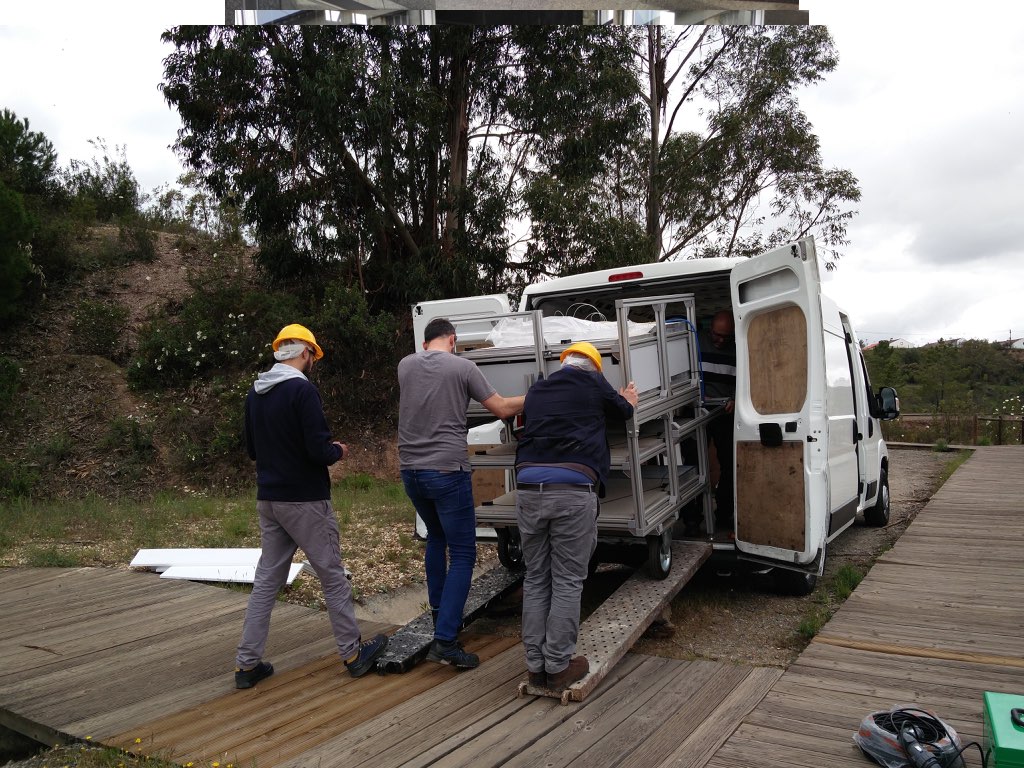 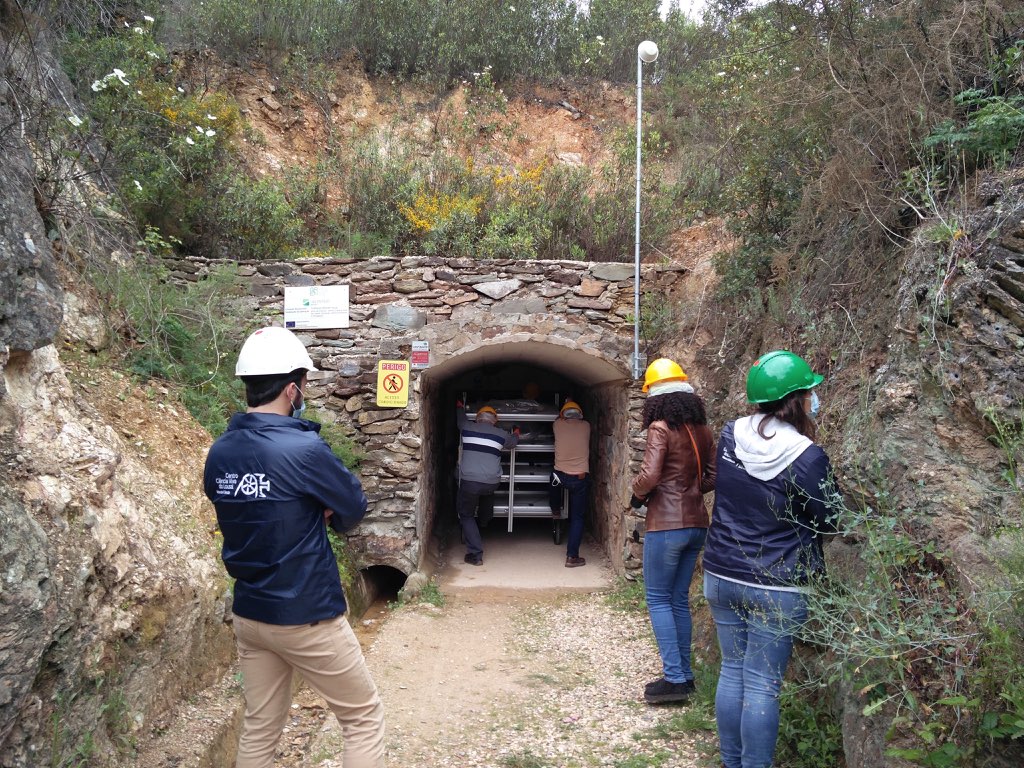 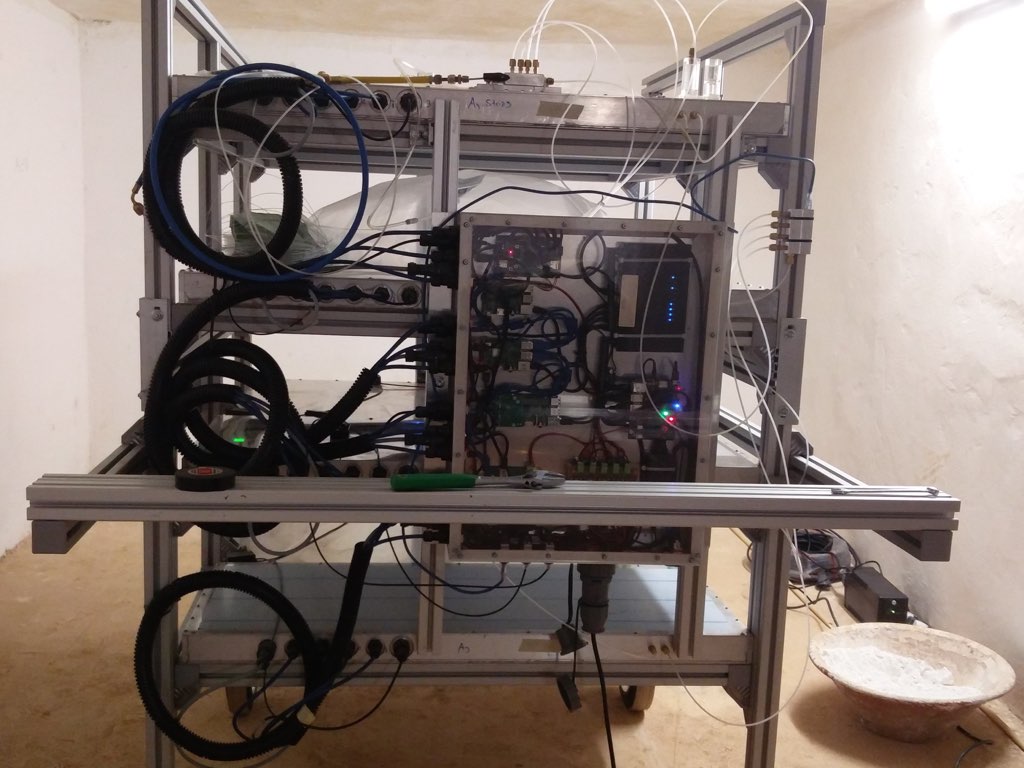