All set for beams in R3B

"A new RPC-based detector built at LIP is now part of the R3B experimental setup at the GSI. Students from the LIP NUC-RIA group are participating in the beam tests and in the preparation of upcoming experiments" 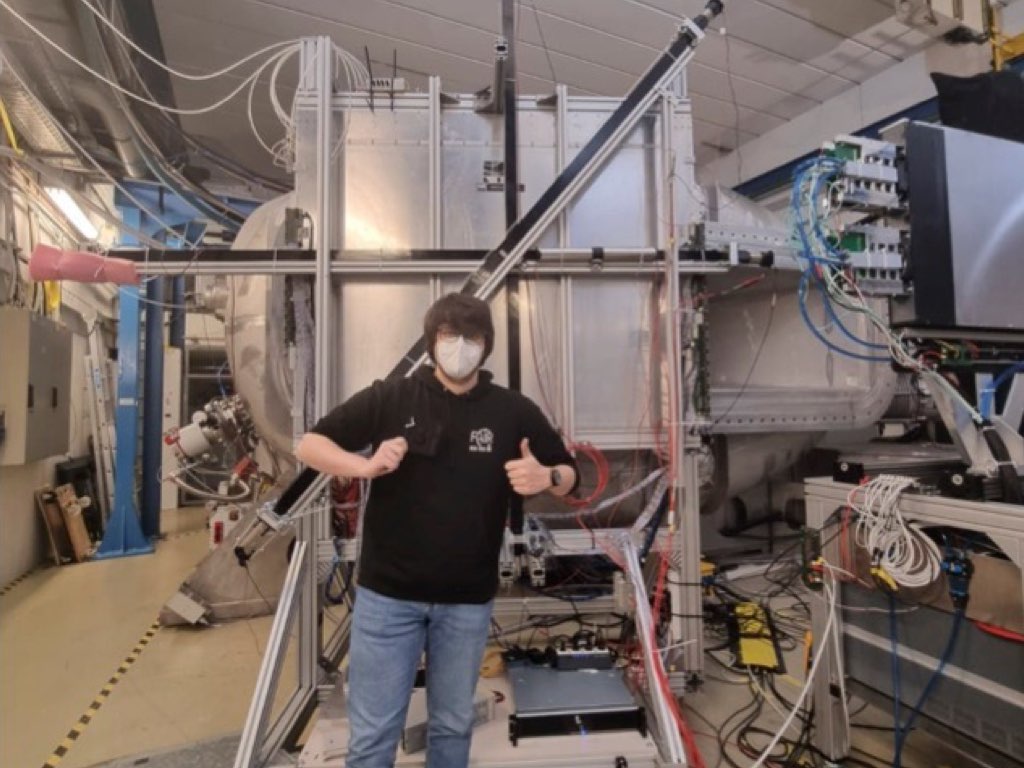 A new RPC (Resistive Plate Chamber) detector built at the LIP Detectors Lab in Coimbra is now included in the experimental setup of the R3B (Reactions with Relativistic Radioactive Beams) experiment at the GSI/FAIR laboratory in Darmstadt, Germany. The detector is located after the superconducting magnet GLAD, and will measure the momentum of protons produced in reactions with radioactive beams using the Time-of-Flight technique. The excellent timing of the detector (about 50 ps) will allow for a very precise momentum measurement.

The detector was installed at the R3B experimental setup (see picture) and took part on the tests performed by the collaboration in March. The detector measured protons coming from nuclear reactions, and was also exposed to a direct beam of 12C nuclei for calibration purposes. In the picture the various spots where the beam hit the detector during the measurement can be observed. The vertical axis shows the strip number, which is representative of the vertical component of the detector.

In the first experiment where it will be used (experiment S522) the new detector will contribute to measuring for the first time Short Range Correlations of nucleons inside a radioactive nucleus. The installation and operation of the detector are done by LIP scientists from Coimbra and Lisbon. The work is part of the PhD thesis of Manuel Xarepe (in the picture) who is in Darmstadt since November 2021.

Another student in the group, Tomás Sousa, participated in the commissioning and calibration of another of the main detectors of the R3B, the CALIFA electromagnetic calorimeter. The work in this test beam time, as well as for the execution of the experiments in this year’s campaign, constitute the main part of his master thesis in Engineering Physics. Both students are presently still at the GSI.