"The STRATOSPOLCA experiment was successfully launched in an ESA balloon into the stratosphere, from Esrange Space Center, in northern Sweden" 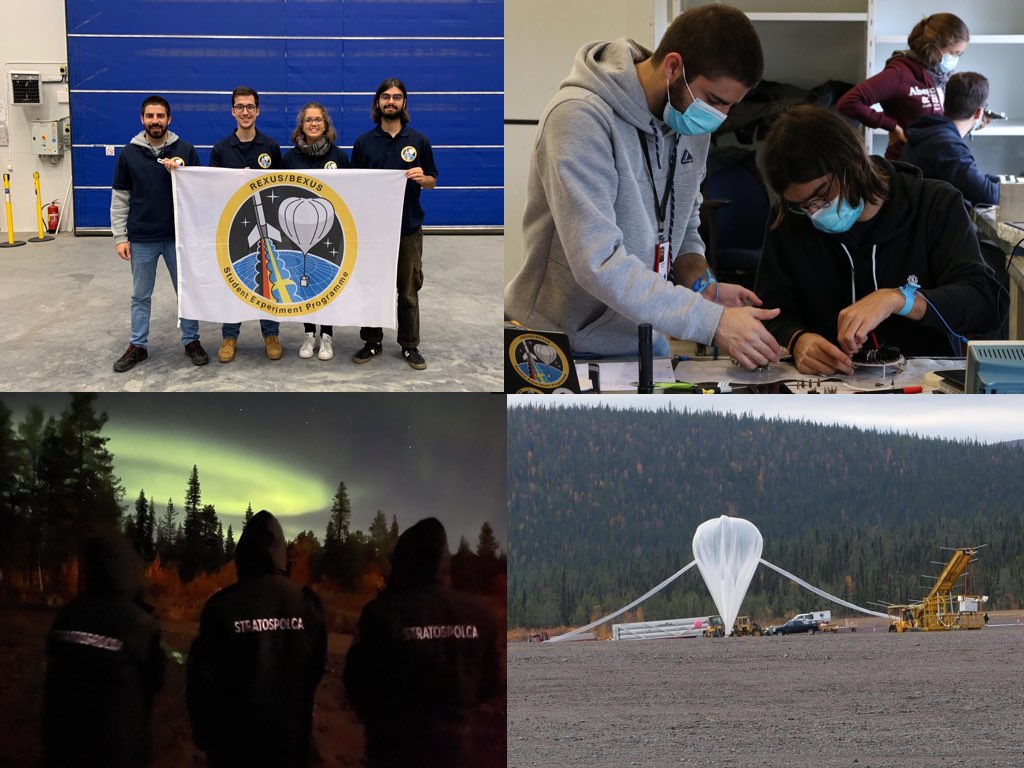 On September 29 at 09:11 (local time) the the STRATOSPOLCA experiment was successfully launched from the base of Esrange Space Center, near Kiruna, in northern Sweden, in the Arctic Circle. At 11:15, the balloon reached its maximum flight altitude, about 27.7 km. It remained in flight until 13:00, when it was voluntarily forced to land. The landing of the balloon took place in Finnish territory. The experiments that flew on the balloon platform were all collected by technicians from the base in Esrange, including STRATOSPOLCA.

The data collected by the STRATOSPOLCA experiment during the flight, about 4 GB, were saved on a memory card. They will now be analyzed by the team of students who proposed the project, and the results will later be presented at international conferences and journals in the filed. The conclusions of this work will be used to design and optimize future scientific instruments in space telescopes for high energy astrophysics.

STRAPOSPOLCA is a gamma-ray polarimetry experiment submitted by students of the Astronomy, Astrophysics and Astronautics Section of the University of Coimbra (SAC) and selected by the BEXUS/REXUS program (Rocket/Balloon Experiments for University Students) of the European Space Agency (ESA). The experiment has as "endorsing professor" Rui Curado Silva, researcher at LIP and professor at the Department of Physics of the University of Coimbra, and was supported by researchers and technicians from LIP. Henrique Neves, UC student developing his master thesis at LIP, is the leader of the student team. The experiment  additionally counted on the collaboration of researchers from INAF/OAS Bologna and University of Ferrara, Italy, American River College, Sacramento, California, USA, University of Beira Interior, University of Aveiro, ICNAS and Active Space Technologies, a Coimbra-based company.